Christine Amour-Levar’s life seems a world away from

the women that she helps every day.

At the height of her corporate career, Christine Amour-Levar found her calling in “Women on a Mission”. She describes the organisation as one that seeks to empower abused women as her “profession of the heart”. Today, the Swiss-French-Filipino co-founder of Women on a Mission (WOAM) is a happily married mother of four, with an enviably elegant home and dynamic career. She is bold, eloquent and most importantly, independent—a basic right lost to thousands of women through war, domestic violence or sexual assault. In her own words, she did not set out thinking that it would be her calling and she would one day become an advocate of women empowerment. 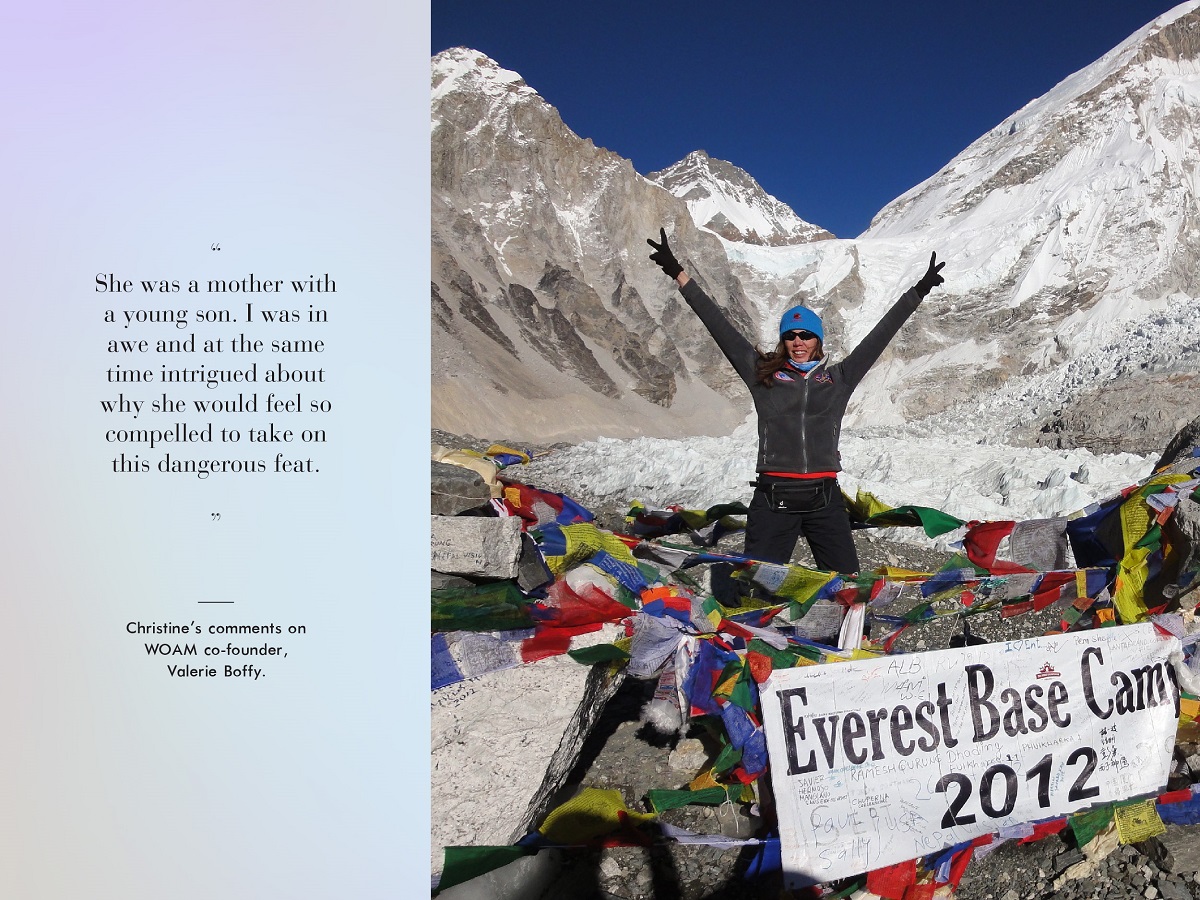 However, a chance encounter with WOAM co-founder Valerie Boffy in 2012, who became the 6th French woman to successfully summit Mount Everest with the banner “Bearing the Flag for Women Everywhere”, it opened Amour-Levar’s eyes to the glaring struggles faced by women globally. 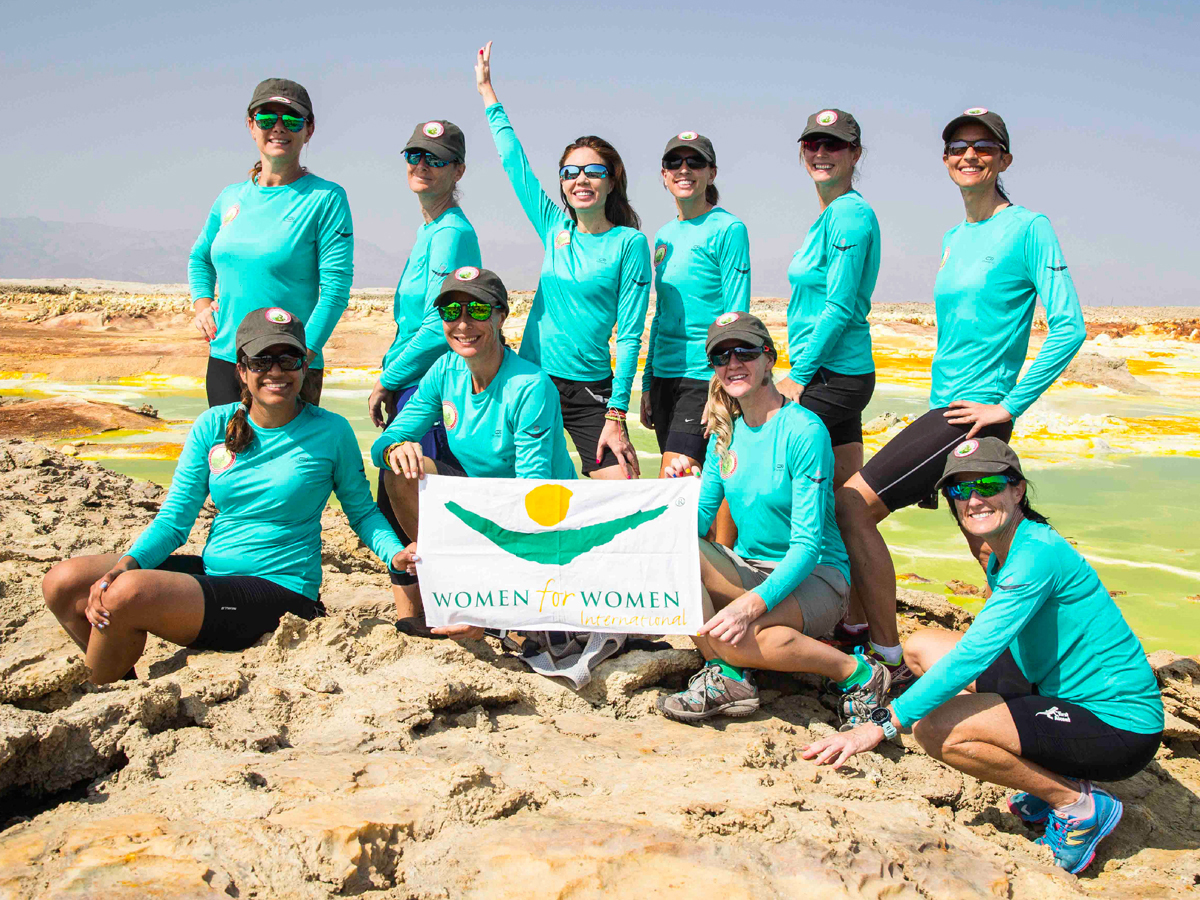 While she has never been a victim herself, she recognises the urgency to support a global cause that cut across cultures and all strata of society. Being a passionate sportswoman, the challenge of raising awareness and funds through adventurous expeditions resonated well with her. She set up WOAM with Boffy and Karine Moge, a former banker turned photographer and curator, later that year. 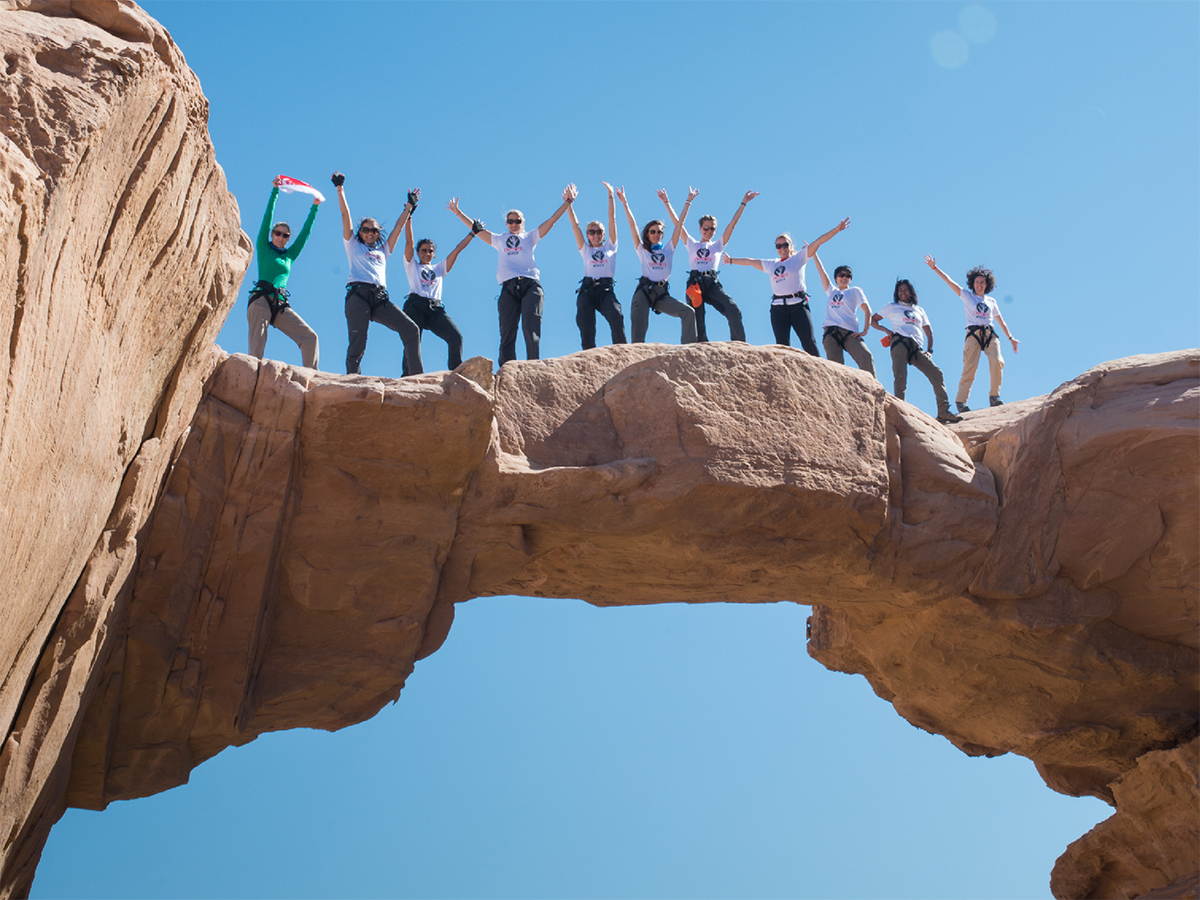 “We relish pushing our mental and physical limits, and that would never have quite worked for a traditional non-profit organisation (NGO),” she shares.  “Our unique way of fundraising lies at the heart of WOAM.” To date, WOAM has raised close to $1 million and led over 70 women on expeditions from horseback riding in Mongolia to desert crossing in Iran and rock climbing in Jordan. 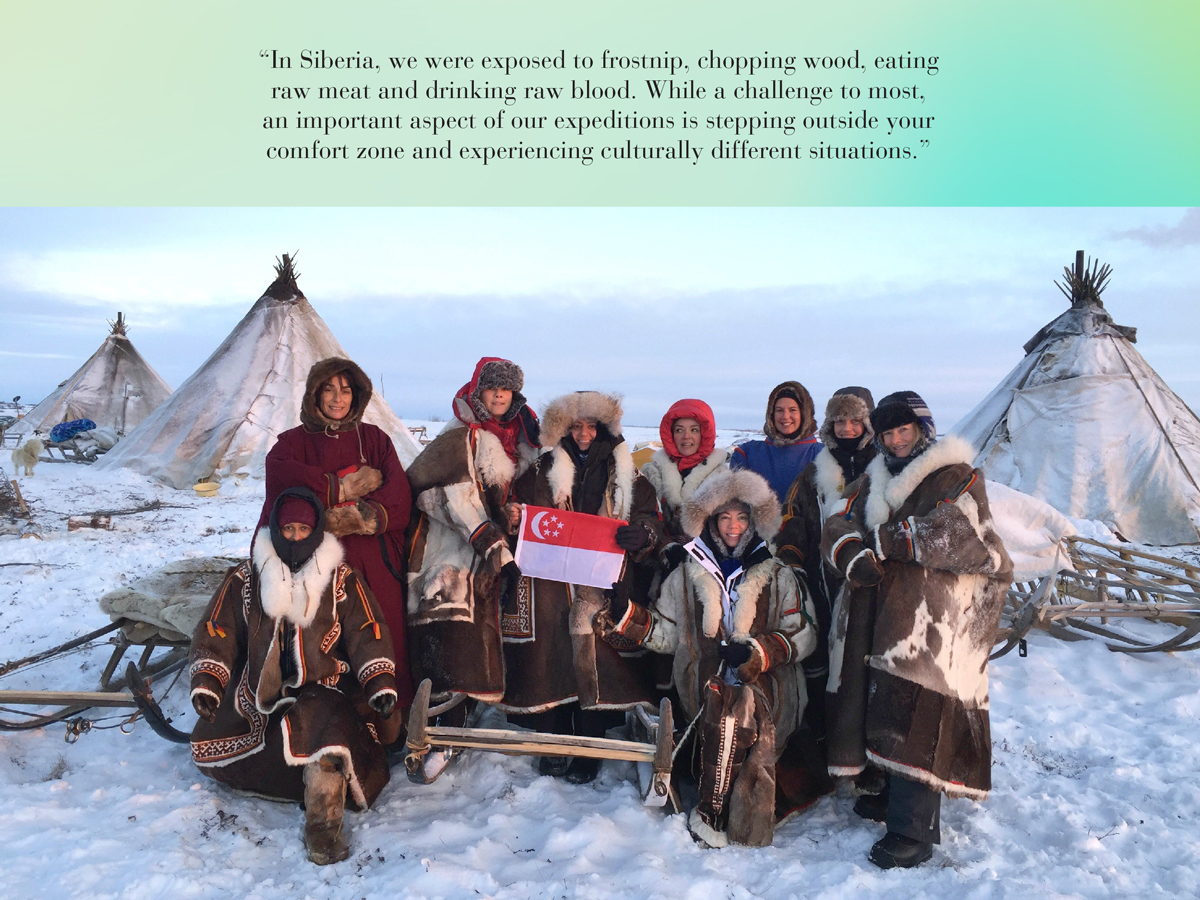 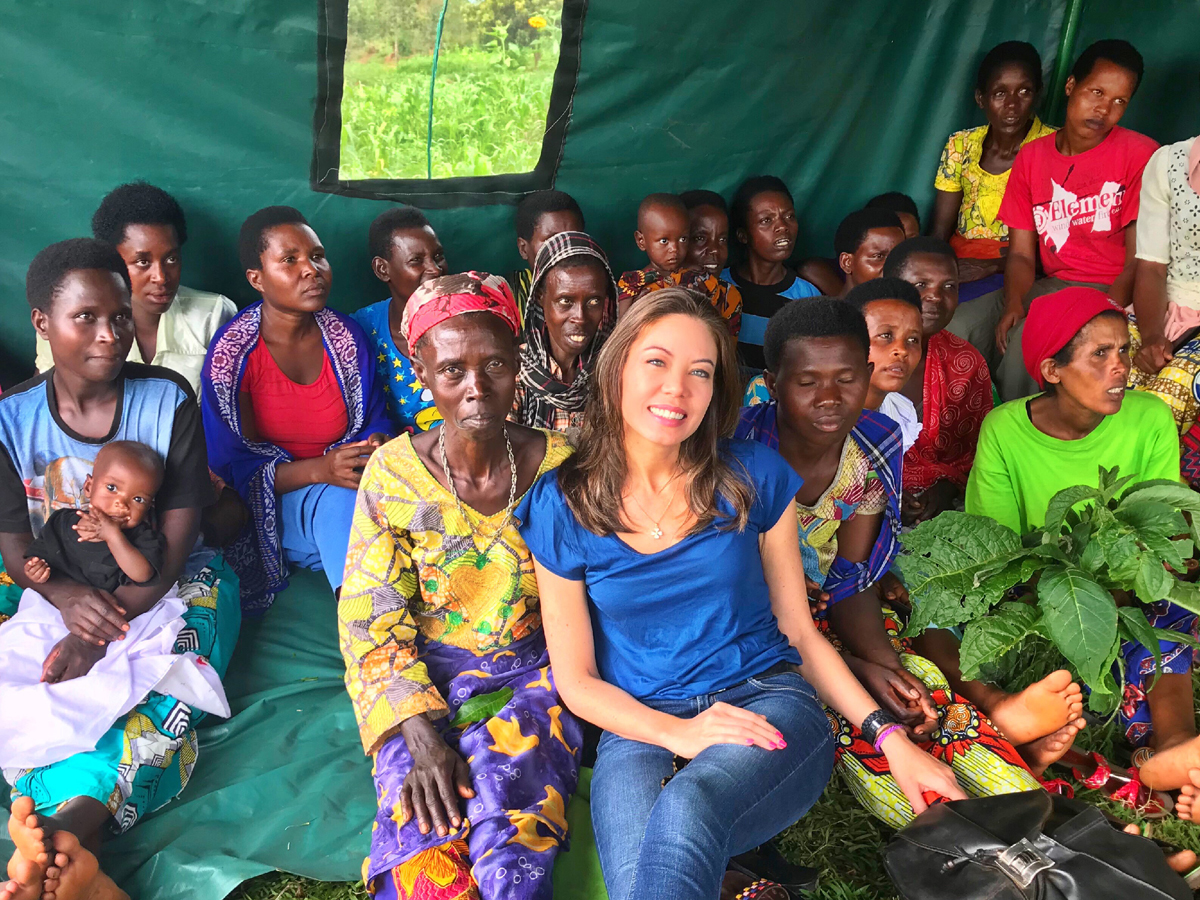 These expeditions have turned out to be as transformative for the women themselves and the beneficiaries of the funds raised. Christine shares the story of a homemaker in her mid-40s whom she convinced to join an expedition to Everest’s base camp.

“I knew that she wanted to come with us but she kept telling herself that she wasn’t fit enough. I said ‘Wait a minute, can you jog a little? Can you work on that? Start with 15 minutes a day and see how you feel.’ After a few days, she felt confident enough to say she would join us. It turned her whole life around. She started training, lost a lot of weight and got a part-time job when she came back. Her kids were so proud.” 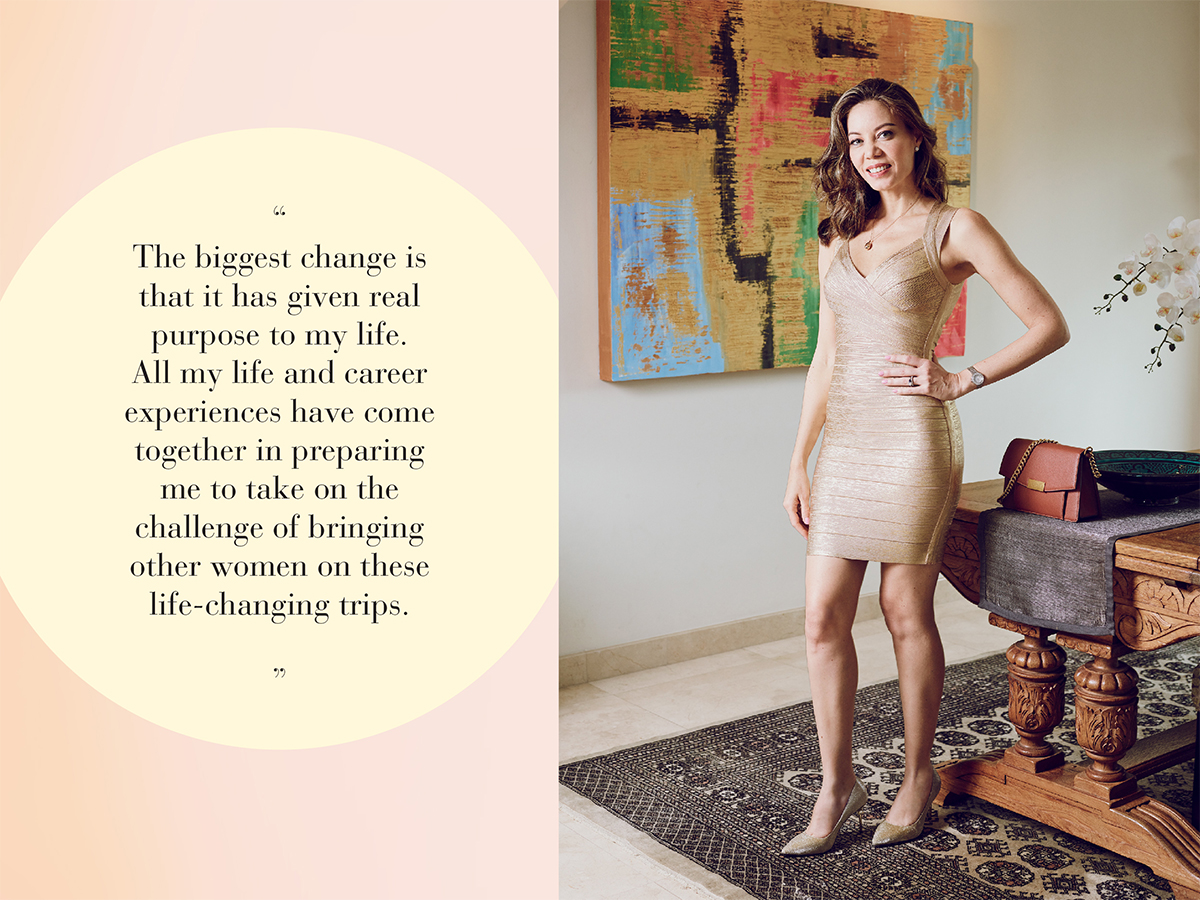 Taking this one step further, Amour-Levar says the dreams don’t even need to be your own – she finds as much joy in empowering others to pursue their dreams. HOW TO DRESS NEW EDGY