Marie Choo: Leader Of The Pack

Once a public face for fashion, Marie Choo is 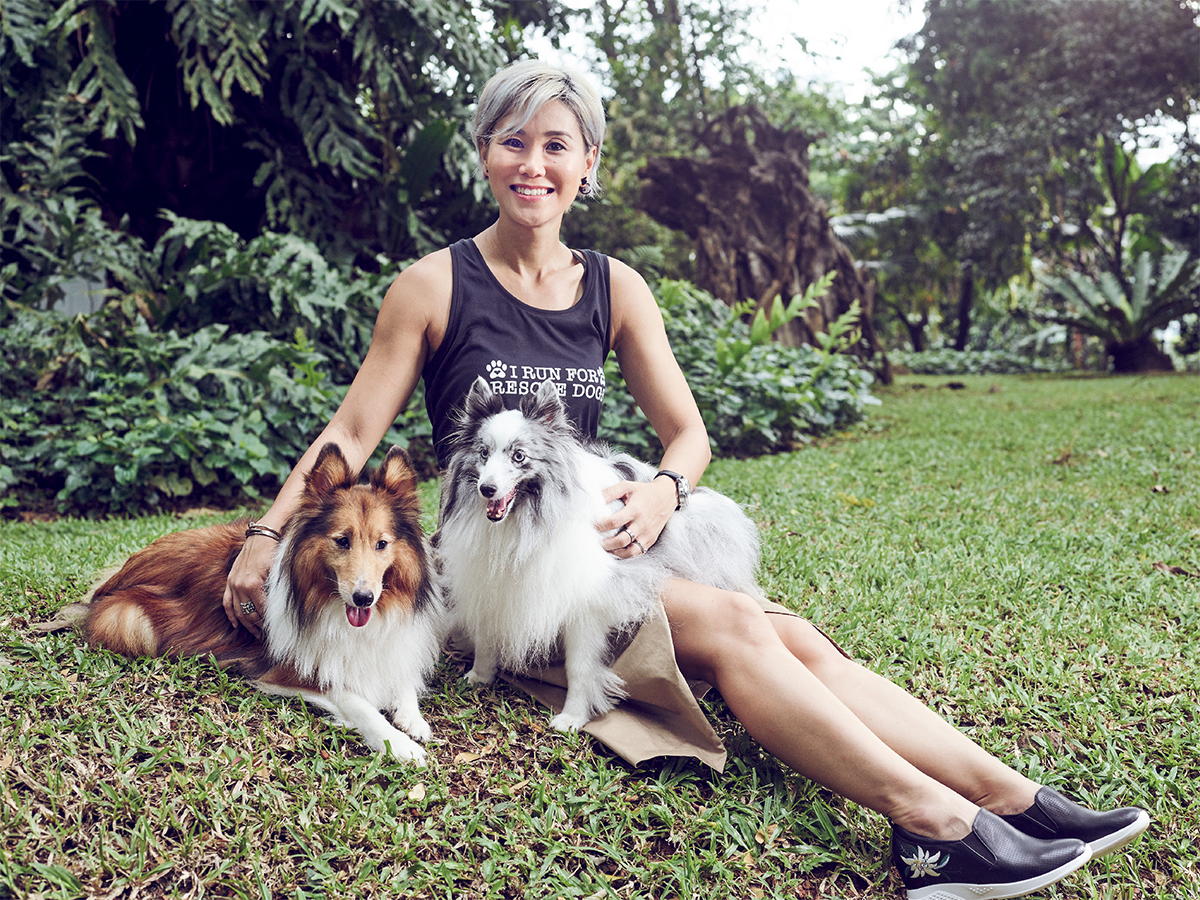 The fashion world is full of animal lovers. There is Marc Jacobs and his charming bull terrier Neville Jacobs; Karl Lagerfeld and his infamously pampered Siamese cat Choupette; and Valentino Garavani and his five precious pugs, Mary, Maude, Monty, Molly and Margot.

Few, however, would spend their weekdays at a dog shelter cleaning out kennels and rehabilitating abused dogs. Even fewer would close down their company to focus on raising funds and awareness for animal rights. 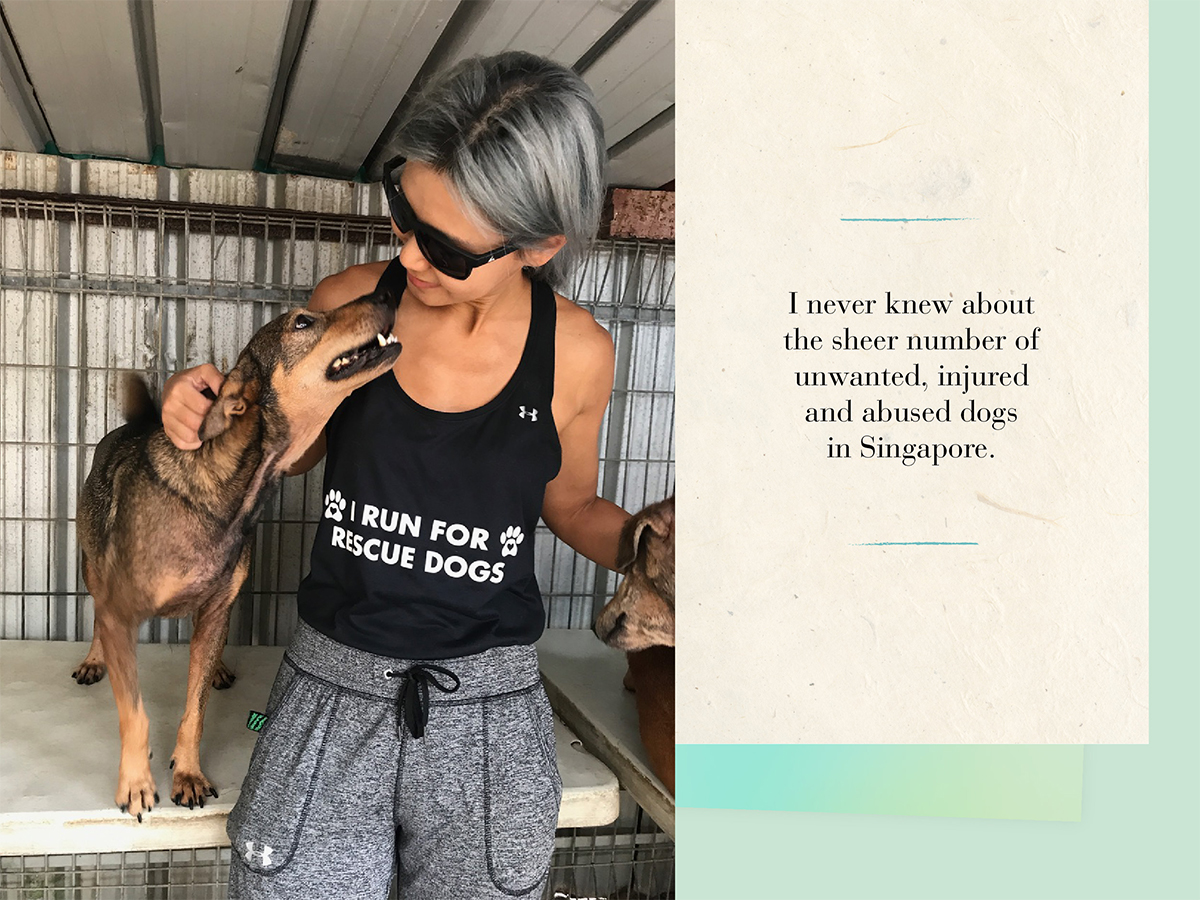 Marie Choo is a rare breed. The founder and former owner of Alchemist Consultancy so disturbed by her first visit to an animal shelter seven years ago that she began volunteering there. “I actually had tears in my eyes,” she shares. The cramped conditions also left her reeling. “I thought ‘what can I do?’”

Beyond donating money and getting people to visit, Choo got down and dirty cleaning the kennels and walking the dogs every week. She came to understand how difficult it is to rehome dogs with issues; and found that she had a talent for rehabilitating them.

Choo’s first case was Rocky. “He hadn’t walked in a long time and only two or three volunteers could handle him,” she recalls. “When I approached his kennel, the very first thing I saw on the door was ‘Enter at your own risk’. A whole bunch of volunteers were crowding around, wondering ‘Is she for real?’” Choo managed to get Rocky out after an hour and had a successful case every other week thereafter. “I became a sensation at the shelter. People were like ‘Who is this dog whisperer?’” she laughs. 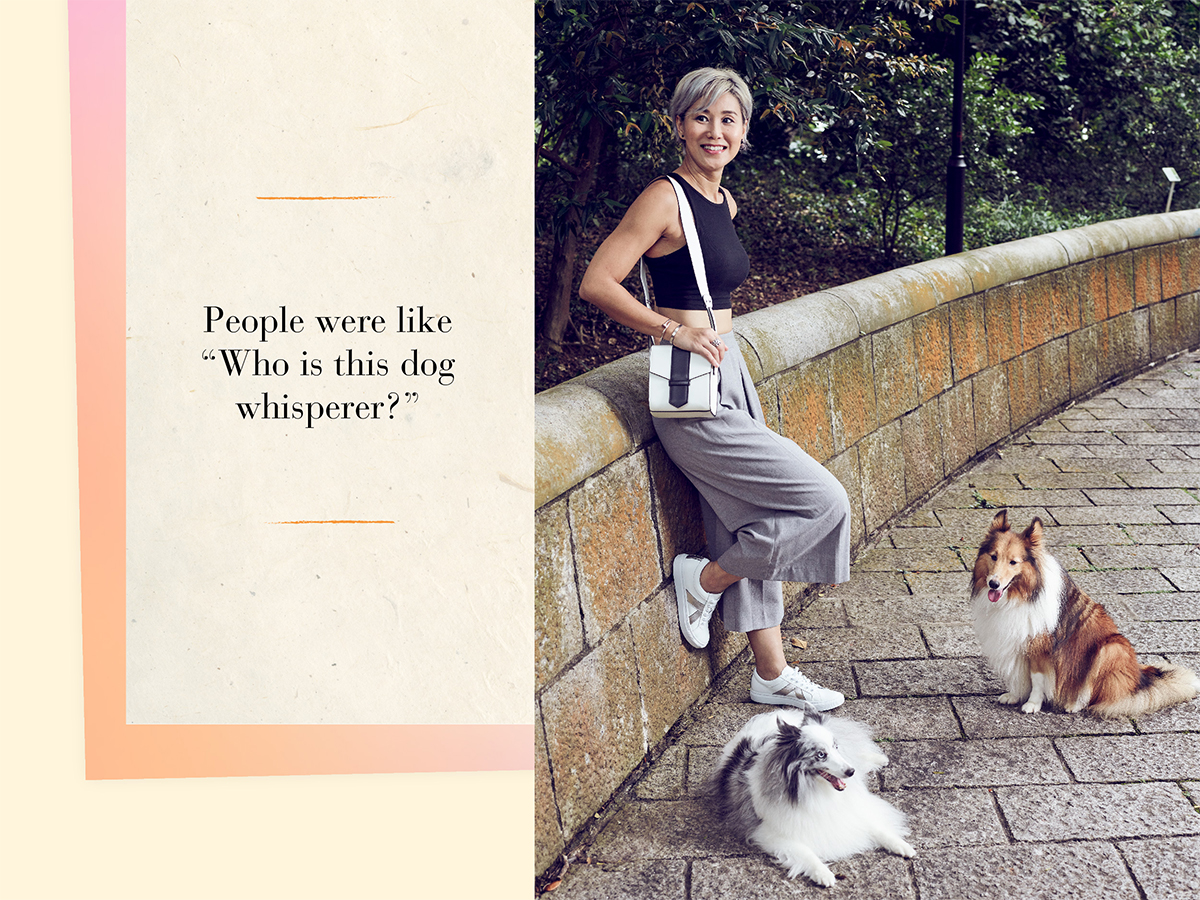 According to Choo, the secret to her success is respect for the animal. “When you force something on a dog, it will retaliate. But if you let it choose, if you wait till it is ready to open up to you, it will obey and not attack you.”

Choo is now a certified dog behaviourist and trainer. Her greatest lesson these past few years, however, was not gleaned from books- with their carefree attitude, our canine friends have taught her to live in the moment. 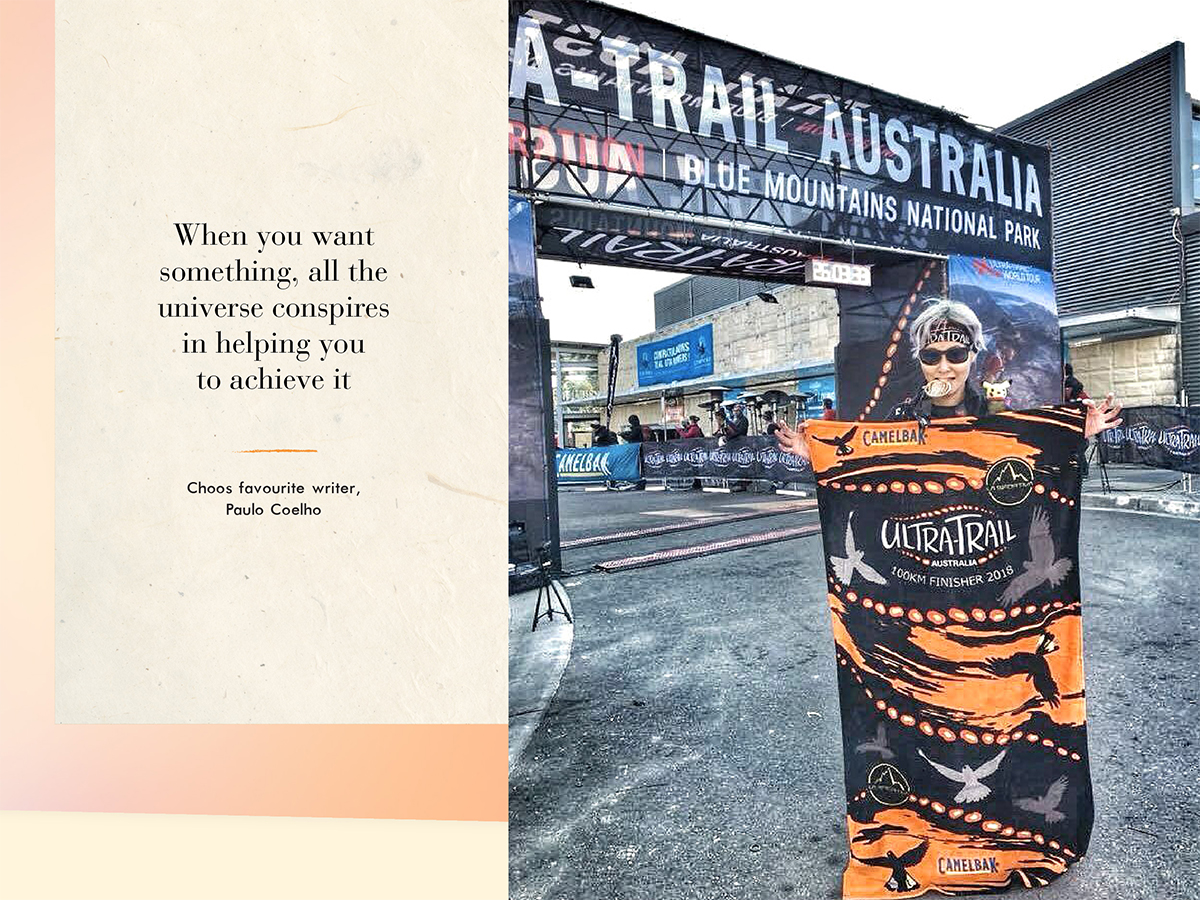 Three years ago, the relentless pace and nature of her work in public relations took a serious toll on her health. “Dogs reminded me to take a step back. They live in the present moment and never worry about the future. I have seen dogs who have been abused so badly, but when we rehome them they’re just so happy. When you take them for a walk, it’s like they’ve won the lottery!”

In May this year, Choo completed her first 100km trail race in 24 hours and 23 mins. It brought her through Australia’s Blue Mountains, and face to face with wild foxes in the dead of the night. Choo has also embraced the simple life. She typically wakes up at 7 am to walk her dogs and spends most of her daily training for marathons to raise funds for rescue dogs. When she wound down her agency in 2015, she told herself “I really don’t need that wealth if I don’t have my health”.

Her vocation now is to be a bridge between the public and animal welfare, and her greatest desire is for every dog to have a lovely home.

To date, Choo has steadily raised over $50,000 while her dynamism and passion have been winning over fellow runners to her cause.