5 Good-Looking Soccer Players In the

Where To Watch Them For Free

We are not quite over the FIFA World Cup fever yet.

With the football tournament ending in about a week, games have gotten more intense. Even though star players like Messi and Ronaldo are already out of the game, there are still others for us to cheer for. Chiselled jaws, ripped six-pack abs and boyishly good-looking faces that will give you butterflies.

Root for our top 5 favourite eye candy and read on for our top picks where to watch the games.

Who: Born Belgian, the 26-years-old is a professional footballer that has represented the Belgium national team and the Premier League club Chelsea as a goalkeeper. What to wear to show your support: Way to go, Belgium! Not only is this pair versatile enough to match with anything from dresses to jeans, the flyknit and leather material in this athleisure slip-on sneaker ensures all-day comfort.

Who: The Frenchman plays as a forward for Atlético Madrid and the French national team. 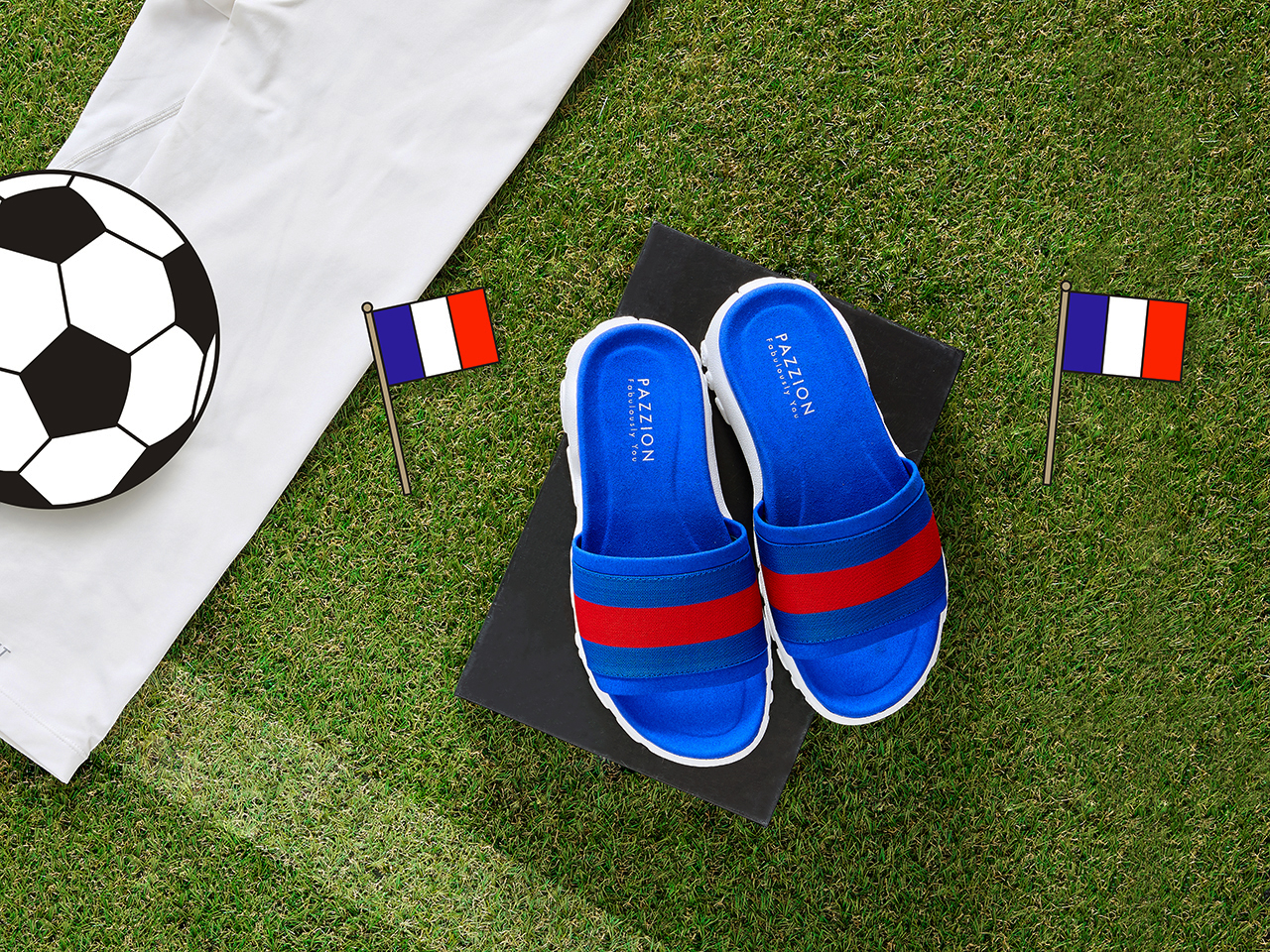 What to wear to show your support: Nothing says France as much as a pair of blue and red chic athleisure sandals. Slip into these comfortable slides crafted with a contoured footbed and fabric upper for a sporty look. Vive la France!

Who: The French national plays as a forward for Paris Saint-Germain and the France national team. Young Kylian’s brilliant performance in this year’s World Cup has earned him new admirers. Definitely, a gem to look out for. What to wear to show your support: Combine comfort and your support for team France with this pair of sneakers, which comes in a knit upper for a moulded fit.

Who: Cahill is an English professional footballer who plays as a centre back for the Premier League club Chelsea and the England national team. 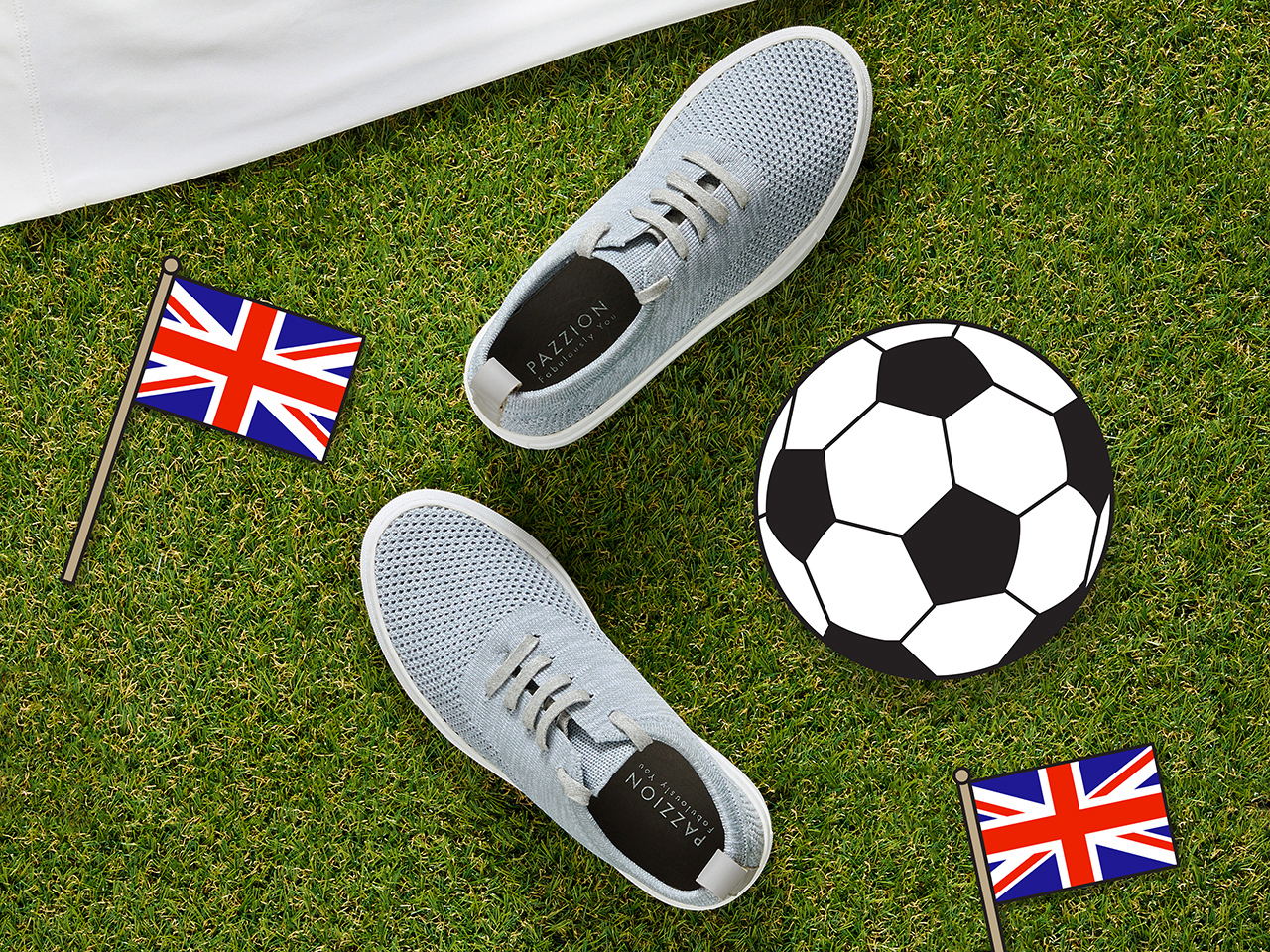 What to wear to show your support: Regardless of whether you are a fan of Chelsea or the England national team, this grey jogger sneakers with blue undertones allow for a show of subtle support without compromising on style.

Who: Brazilian professional footballer who plays as an attacking midfielder or winger for Spanish club Barcelona and the Brazilian national team. 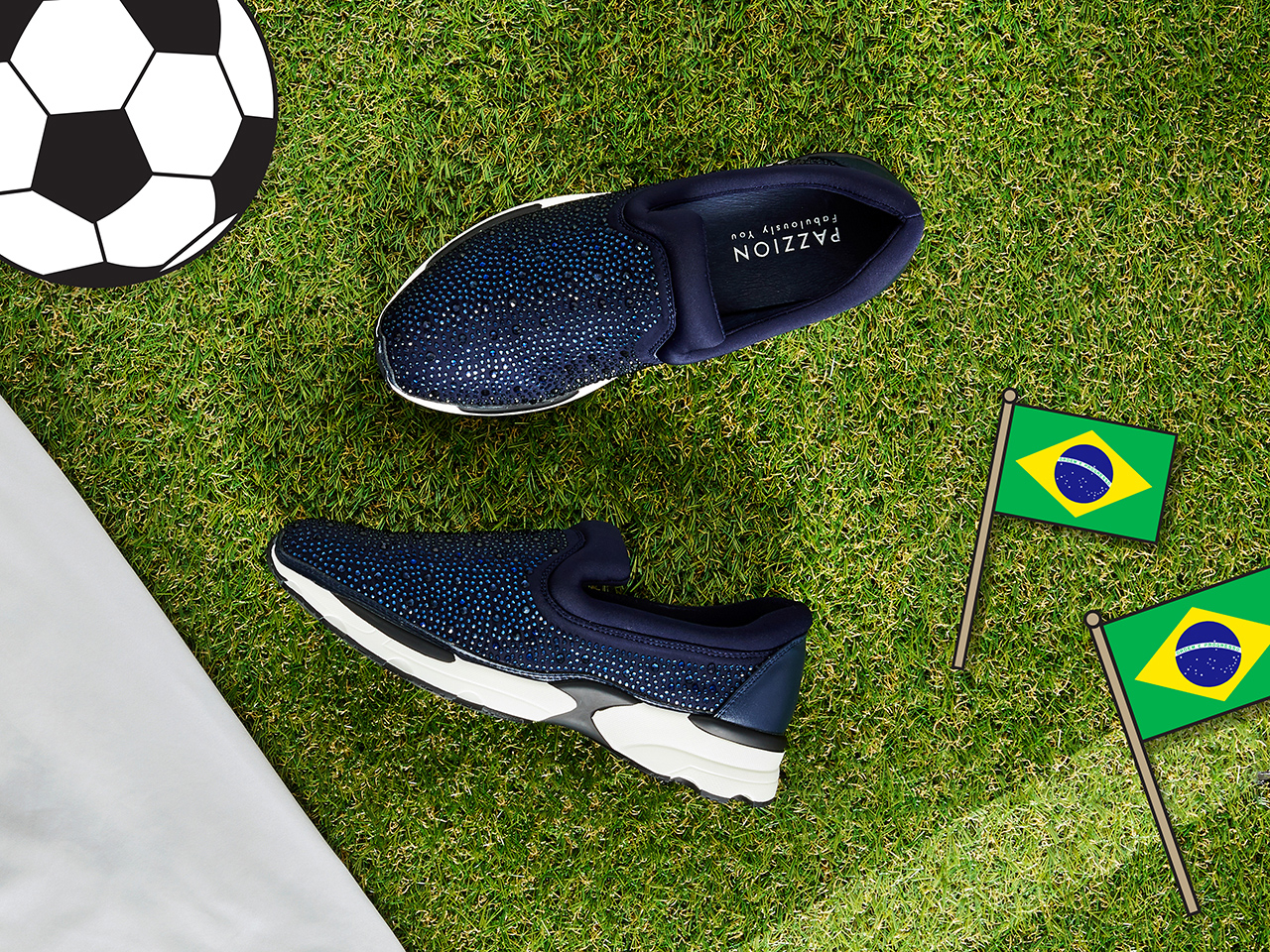 What to wear to show your support: Glittery rhinestones adorn these fabric sneakers, representative of the starry sky depicted in the Brazilian flag. These kicks also feature a neoprene sock and contrast foam platform for extra comfort.

Tips: Those without a cable TV subscription plan at home might have to resort to live streaming, which can get pretty laggy most of the time – you sure would not want to be missing the iconic moment when Mbappé scores a goal.

If you are tired of jostling with the crowds at McDonald's or the community centres, here are our top picks you can head to for the free live screenings of the World Cup 2018.  Kick-back, relax and root for our 5 favourite eye candy. Be sure to be dressed in comfortable shoes so you can head nearby for supper after the matches!

Is there a better place to cheer for your favourite team than at our world-class airport? With the location of screening at the public area, you won't even need a boarding pass to enter. SAFRA members get to enjoy special seating and a chance to win cash prizes in their Football Bonanza Draw. That's not all - if you are itching for some action, SAFRA has an exciting line-up of activities including football carnival and clinics where you can pick up some football skills or compete in a game of foosball. Join the gigantic football fan party at OCBC Square with a mega 66sqm LED screen, including a myriad of offerings such as meet and greets with local football players, live entertainment and music acts.